The Halving In Hindsight 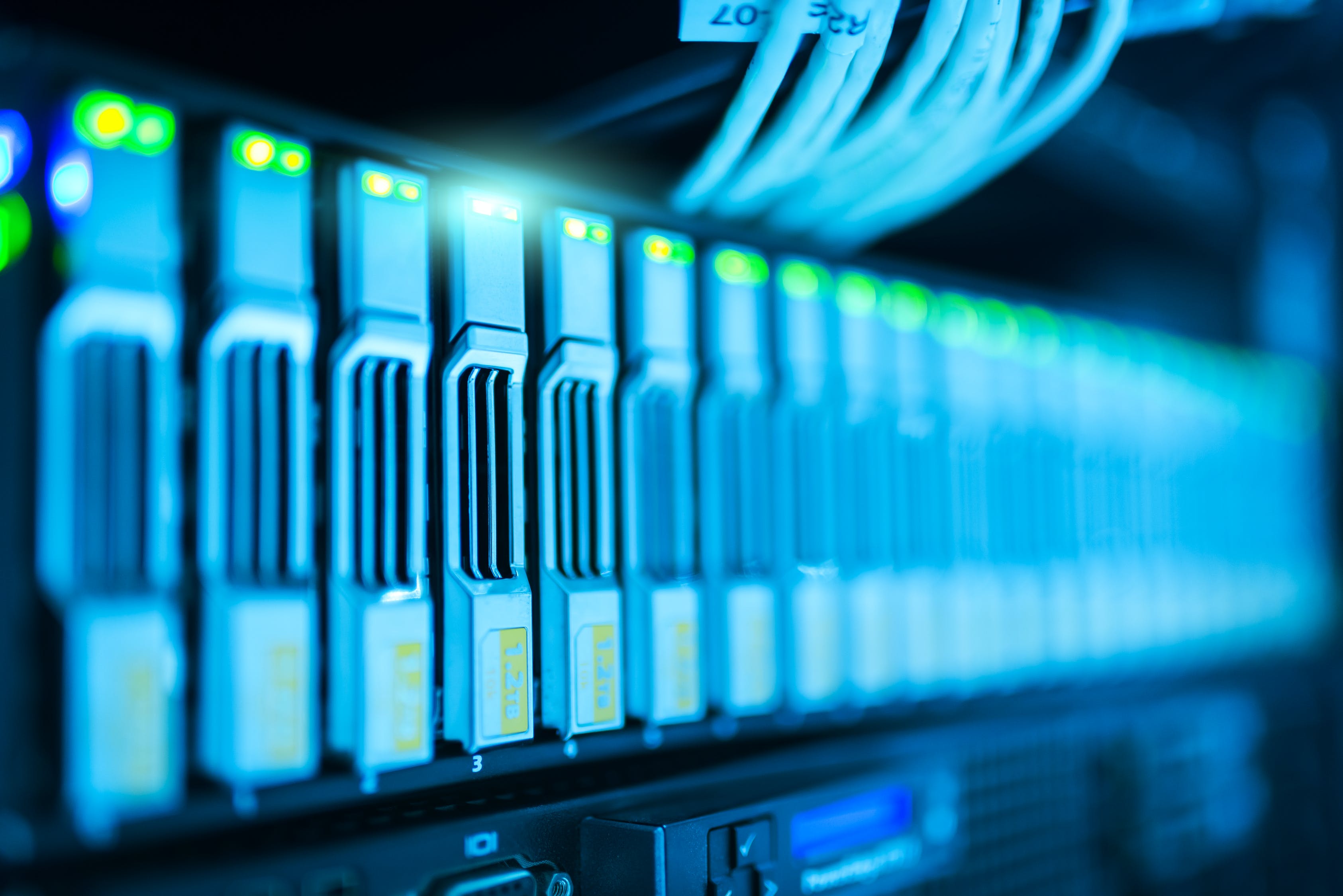 A few weeks ago, in May right before the much anticipated third Bitcoin halving, we wrote a piece where we laid out some potential outcome scenarios and analysed them based on likelihood and impact.

With the third halving now done and dusted, it is time to examine the immediate short-term outcome and have a closer look at the current state of the network.

Did any of the listed scenarios come true? If not, what did actually happen and where are we now?

Scenario #1: The Halving Will Cause a Mining Death Spiral

Not much to say about this scenario. It didn’t happen this time either because the concept of a death spiral is a theoretical edge case, not a real-world possibility (more on this here). If there did indeed exist some imbalance in the mining incentive structure that risked catastrophically dislocating Bitcoin from its relatively steady state of block production, one would think that this would have already happened by now.

Scenario #2: Bitcoin’s Post-Halving Stock-to-Flow Ratio Will Cause the Price to Spike

Proponents of this theory will argue that it is too soon to make any judgement as to whether its predictive outcome will actually come true. This is probably fair. During the periods after the two preceding halvings, price increases have taken many months to materialise and we would be mistaken to expect this time to be different.

As it stands, prices have not significantly moved outside of the bands in which it’s been trading over the last month or so, let alone spiked.

This stability in price has continued even though over the first 23 days post-halving, only 793 bitcoins were produced each day—a 12% reduction on top of the 50% reduction caused by the halving itself (now at 900 btc/day)—causing Bitcoin’s stock-to-flow level to reach new record highs.

The reason such a low number of coins were produced was that block times remained abnormally high for an extended period of time due to reduced hashrates. A drop in hashrate was a predictable outcome of reduced mining revenue, and within less than a week after the halving, the hashrate had fallen almost down to 85 EH/s (approximately 30%).

In other words, by the time the first difficulty adjustment was due—1008 blocks after the halving—even though the hashrate had at that point dropped by ~30%, difficulty was only reduced by -6.00% because adjustments are calculated on the basis of the average over the preceding 2016 blocks. It took another 2016 blocks for the difficulty to adjust all the way down to its local bottom after a second reduction of -9.29%.

But even though issuance averaged 12% below its 900 btc/day target for more than three weeks, causing stock-to-flow levels to spike, market prices have not moved outside of normal volatility bands. Prices remain well below yearly highs and we have not observed any abnormal upwards movements. We remain skeptical of the stock-to-flow model in general, but concede that more time is needed for a full evaluation of its predictions.

Scenarios #3 & #4: Traders who have been Buying the Rumor Will Sell the News & The Halving Will Cause Extra Selling Pressure From Miners, Driving Prices Down

In the hours before the halving on May 11, the bitcoin price was hovering around $8,700-levels, having dropped from right above $10,000 over the preceding 3 days. This move could conceivably be a case of speculative traders ‘buying the rumour’ and then, slightly prematurely, ‘selling the news’. It could also possibly be a case of miners selling extra coins going into the halving to strengthen their cash reserves (although panic-selling three days before the event doesn’t strike us as a likely action by miners).

The Halving did not Cause Extraordinary Volatility in Bitcoin Prices 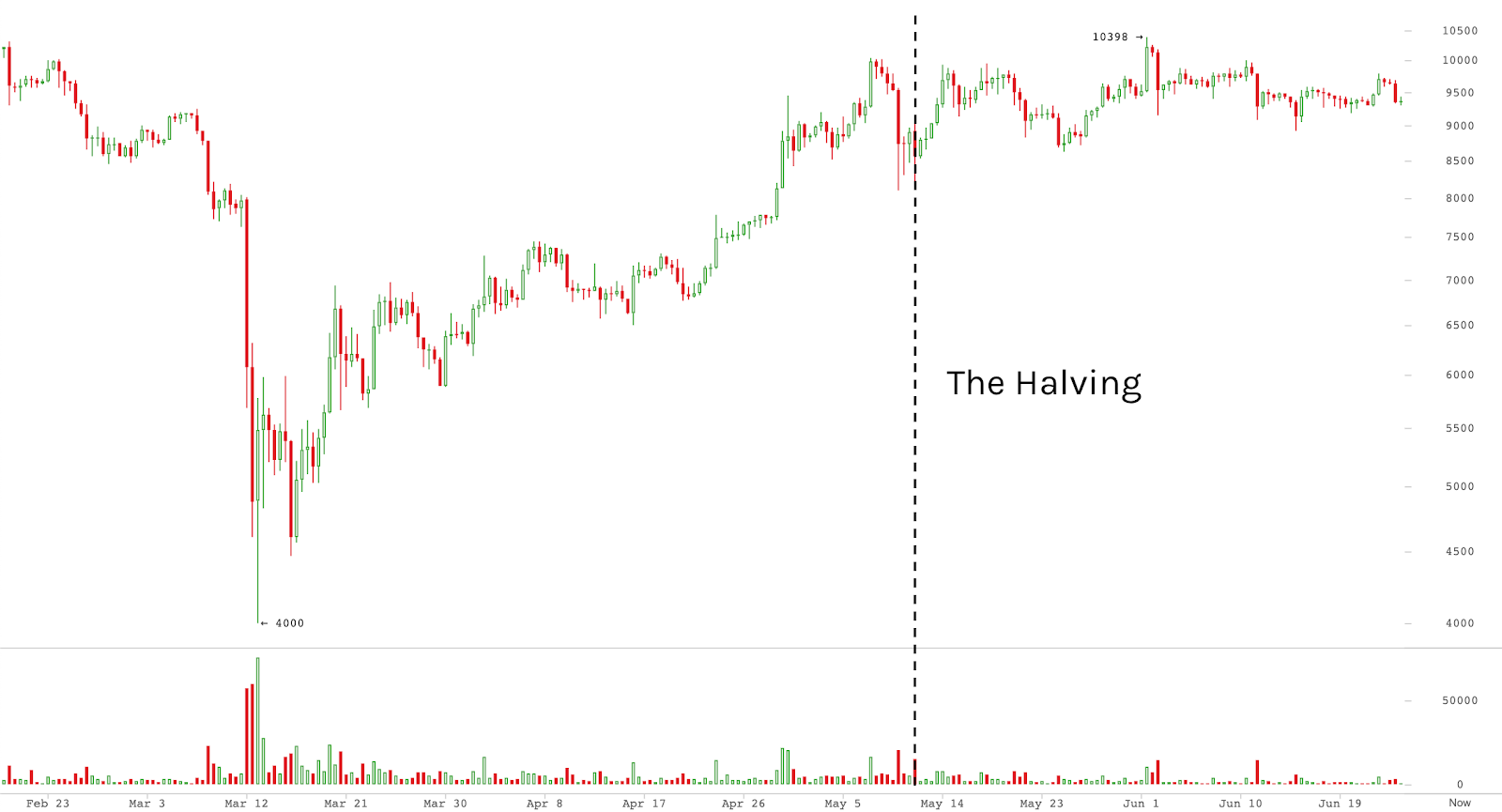 However, looking at these moves within the context of the normal volatility levels of bitcoin (normally ranging between 1% - 5%), we don’t believe they can be considered anything out of the ordinary. The price didn’t make any major moves on the day of and after the halving, within three days, it again reached levels just shy of $10,000, paring back its pre-halving losses. In bitcoin markets, moves of similar magnitude are pretty much par for the course.

Scenario #5: The Halving Will be a Big Fat Nothing-Burger (At Least Initially)

At the technical level, the halving was, fairly predictably, rather boring. The system didn’t break, all nodes kept functioning as intended and the block reward came down exactly as expected.

The hashrate initially dropped and the difficulty followed soon thereafter. If anything should count as a surprise in this context, it was the speed with which the hashrate recovered.

At the time of writing prices are in the mid-to-low $9,000-range, well within the yearly range. With both short-term bulls and bears left disappointed, and neither hashrate nor price nor the protocol doing anything outside of the ordinary, we are led to conclude that at least on a short-term basis, just like the two previous halvings, this one was also indeed a big fat nothing-burger.

Around half-way through the first full post-halving difficulty period, the hashrate already started recovering. At this point the price was hovering around the $9,500-range, providing some relief to low-margin miners compared to the high $8,000-levels. The recovery was swift, and before the end of May 3-day hashrate estimates were back above 100 EH/s, by early June they approached 120 EH/s. At the third post-halving adjustment, difficulty increased by a massive 14.8% from the bottom, more or less resetting the difficulty to pre-halving levels. 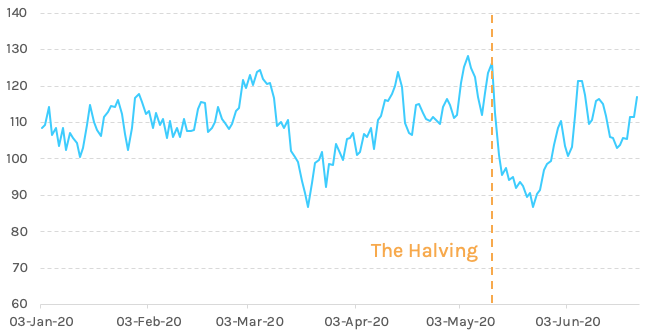 In late April, we estimated that between 10% and 20% of hashpower would be forced off the network, post-halving, even with prices between $9,000 and $10,000. We based this on our estimate that around 30% of the network consisted of previous generation hardware whose efficiency would make them obsolete post-halving except in areas of abnormally cheap power (<¢1/kWh). This leads us to believe that the recovery in hashrate has predominantly been fuelled by new additions of next-generation hardware replacing obsolete gear.

Going forward we might experience higher than normal hashrate volatility as the mining network adjusts to find its new difficulty equilibrium.

But in the absence of any dramatic negative price action we don’t expect any double-digit difficulty adjustments neither up nor down. As the now mostly obsolete older generation gear gets swapped for more efficient hardware, we suspect a return to the standard of slowly increasing difficulty conditions.

And What About the CoinShares Research Opinion, Then?

Our opinion remains that the halving is likely to have a positive effect on price over the mid- to long-term, as supply is reduced in the face of what seems to be unshaken demand. However, these effects will take much longer than a few weeks to materialise.

The rapid recovery in hashrate and difficulty means that mining margins are likely to remain thin at current prices. However, we still believe the reduction of ongoing supply, in the face of seemingly undeterred demand, and in a macroeconomic context of record levels of monetary expansion has the potential to act as a trifecta of positive catalysts for bitcoin markets over the mid- to long-term.